Guidance regarding Covid-19 and Funerals – View our Frequently Asked Questions or Read More about the steps we have taken to keep our clients and teams safe during this time.

Are you looking for a free, no obligation quotation? 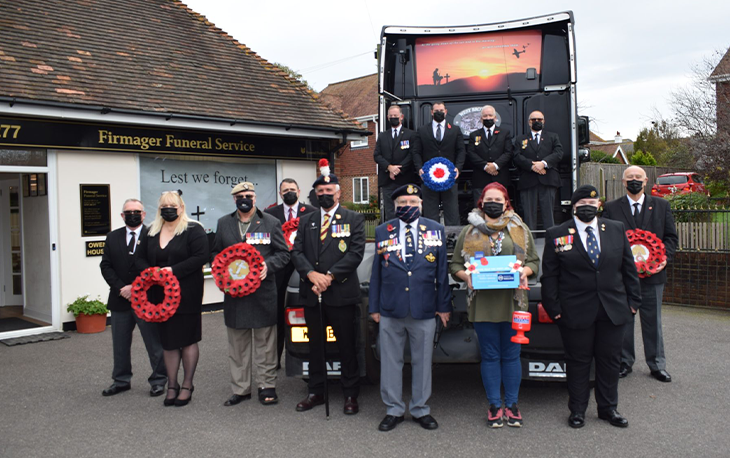 Here are members of the Firmager Funeral Service team taking possession of their poppy box which was safely delivered by local poppy distributor Victoria Harris. Victoria was given a lift by Funeral Arranger Helen Carr’s Husband Will Carr in his West Brothers truck, complete with tribute painted on the back “To the Fallen”.

Several family members also attended, the youngest being two and the eldest a gentleman in his 80’s. Members of The Royal British Legion were invited for al fresco refreshments.

Helen said: “Although we have a window which we decorate, unless you are coming into the building it is not plainly visible from the street so we thought we would go the extra mile to draw attention to the Poppy Collection.  It is such a worthwhile charity and last year we were restricted and could not support them as freely as we usually do.  It was a lovely morning and enjoyed by all who attended.”

Have you found what you are looking for today?